Smothered down in a wine-infused braise of two mustards, the rich white meat of rabbit cooks low and slow in this tart and tantalizing combination of flavors. It’s Louisiana French meets European French in this French Mustard-Braised Rabbit recipe. 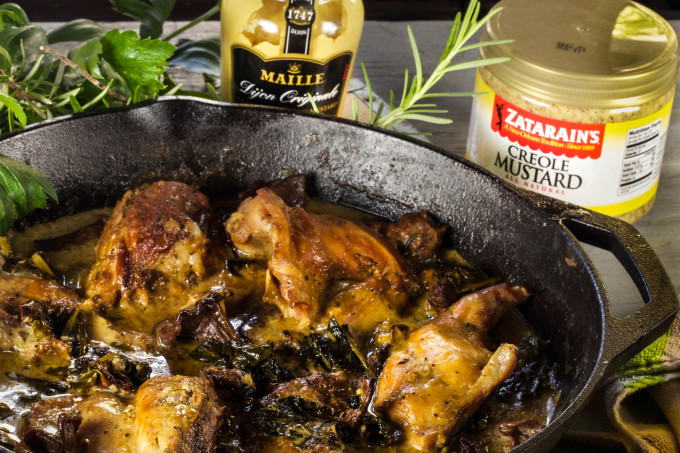 The people of South Louisiana have many ancestral ties to their French cultural roots–cooking included. For instance, a delicate roux made by a trained saucier in the kitchen of a Michelin-starred French restaurant takes the same basic technique as a Cajun recipe for one made by a skilled Cajun cook on a home stovetop. Although the bayou version invariably dives deeper and darker in search of flavor, the method is identical. The same can be said of mustard, and this recipe for mustard-braised rabbit celebrates the culinary linkage, yet differences in taste of the two cultures. It is a recipe I discovered some years ago.

In my long career, I’ve had the opportunity to represent some very interesting clients–none more so than the ABC of France tourism cooperative.  The Alsace, Burgundy and Champagne regions of Eastern France searched the United States for an ad agency to represent them in building an American travel market and they selected mine because of our cultural tourism focus.  Marketing the culturally rich region was a dream assignment and for over six years we developed communication programs to highlight the historical, culinary and wine-producing significance of this colorful European travel destination.

It was a journey of discovery. Touring this vast area east of Paris, I found out just how culturally diverse France can be.  From the rolling hills of the vineyards to the mountains of Alsace, the culinary differences are dramatic.  While I enjoyed the German influence of Alsatian cuisine, I must admit that the area around Dijon in the Burgundy region boasts more earthy, intensely rich flavors that are closer to my home in South Louisiana. The mustard-growing region anchored by the famous Maille mustard operation is responsible for the endless interpretations of dishes featuring that ingredient. 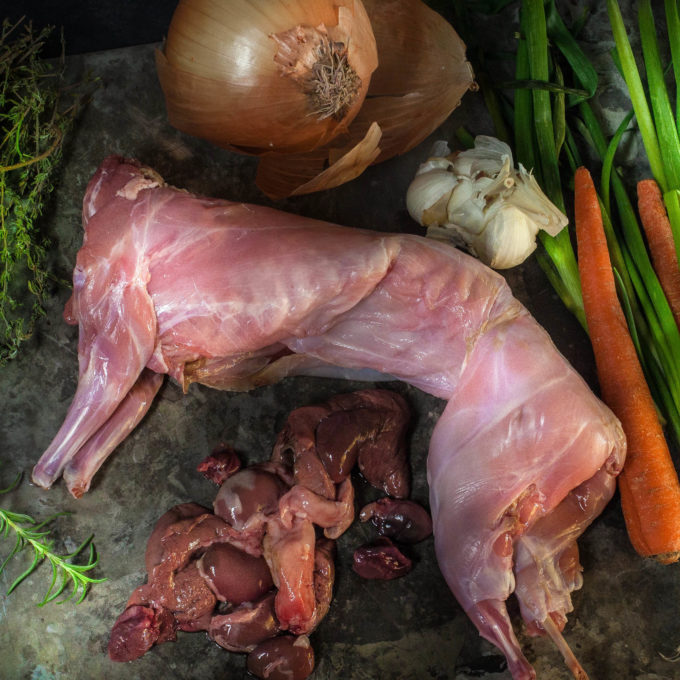 Rabbit meat is a common ingredient in Cajun cooking and the star of my Mustard-Braised Rabbit recipe.

Cooking with rabbit is a common ingredient of both rural Louisiana and French cultures. And it was the pungent punch of a mustard-braised rabbit I had in a French farmhouse that helped me connect the two cuisines. It was a grand and gratifying combination of flavors. The rich white meat of the rabbit was cloaked in a velvety sauce of peppery mustard that created perfect symmetry of tastes.

As I set out to recreate that dish, it gradually became clearer how much the culture of my Acadiana has in common with the rural regions of France. Although our tastes may have evolved in different directions, our connections to farmers and artisans are a key to the cultural traditions that we both value. In Louisiana, we are partial to grainy Creole mustard as a spice-infused base for many of our Cajun recipes, and in Burgundy it is the sweeter and smoother Dijon-style mustard that is preferred. To balance this full-flavored Mustard-Braised Rabbit dish, I use both. 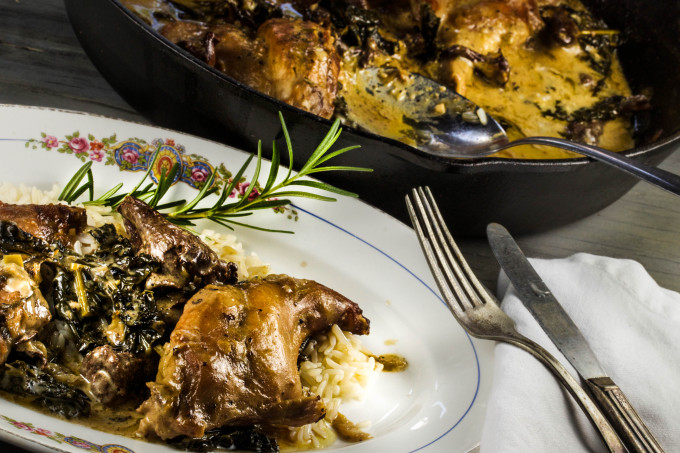 5.0 from 3 reviews
French Mustard-Braised Rabbit
Print
Prep time
1 hour
Cook time
90 mins
Total time
2 hours 30 mins
The mustard-spiked cream of this velvety sauce is magically sweet in this rustic farmhouse dish.
Recipe by: George Graham - AcadianaTable.com
Serves: 4
Ingredients
Instructions
Notes
I use a combination of mushrooms in this dish – Chanterelles and portobellos – but any type will be fine. Domestic rabbit is a delicate white meat with no gamey taste and is especially good for the braising of this dish. Find whole, farm-raised rabbit if you can. Better yet, go to a breeder and buy your rabbit direct insuring the freshness and naturalness of the meat, plus it’s always a bonus to meet the farming family that you are helping.
3.2.2708
YOUR SEAT AT THE TABLE: If you like this Cajun cooking story and Cajun recipe then accept my personal invitation to subscribe by entering your email at the bottom or top right of this page.  It’s quick and painless.  You will receive an email alert and be the first to see when new Cajun cooking stories and Cajun recipes are added.
Thanks, George.
« BBQ Louisiana Shrimp and Roasted Corn Grits
Smoked Green Onion Sausage and Creole Red Onions featuring Savoie’s Sausage »