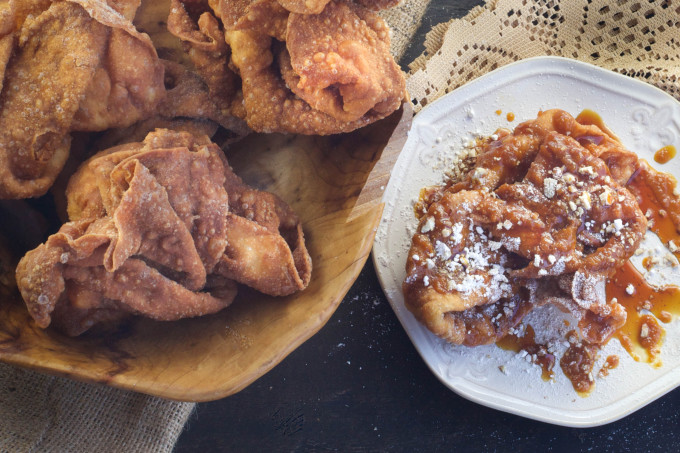 You know the kind I’m talking about. Not the glossy, full color, celebrity chef-endorsed titles that scream from the shelf of the big box bookstores. No, these are the quiet, little regional books–usually comb-bound with no photographs–tucked neatly in rows far from the main displays. These are the cookbooks that define the tastes of a community and are carefully written archives of a cultural connection to its foodways.

Such is one of my favorites–Talk About Good! First published in 1967 by the Junior League of Lafayette, this Cajun recipe treasure chest is written by local South Louisiana folks who have contributed their family recipe favorites with the heartfelt goal of preserving their community’s culinary culture of great Cajun cooking. Talk About Good! now in its twenty-eighth printing, has sold over 740,000 copies (take that, Rachel Ray).  And you can buy it online or in a number of locations throughout South Louisiana. 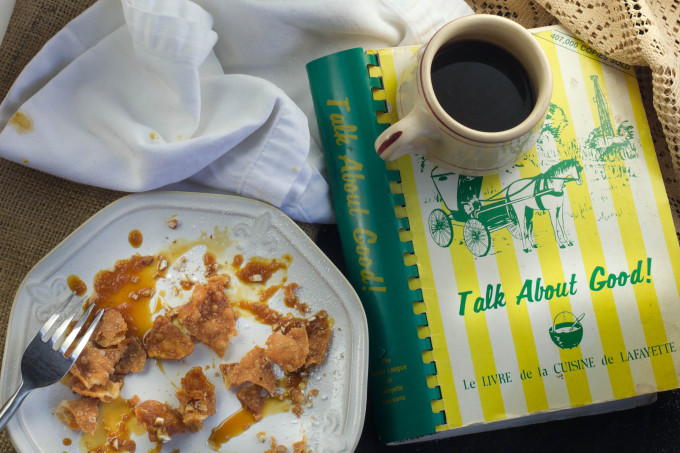 Talk About Good! Pig’s Ear Pastry is featured in this community Cajun recipe cookbook everyone who loves Cajun cooking should own.

What captivates me most about this book and others like it, are the personal Cajun recipes written in varying styles that reflect the personality of each cook. No recipe format template here, these are ingredient lists and instructions that originated from hand-scribbled recipe cards complete with grease splatters and blueberry-stained fingerprints.   Even when captured and cataloged in the pages of a printed book, the writing remains rough around the edges yet speaks volumes of the pride and passion of each author.

These are skillful Cajun recipes like the classic Pig’s Ear Pastry from local artisans that have learned from generations before them. Passing on the legacy of Creole and Cajun cooking through sharing these guarded recipes is a testament to the generous spirit of its people. Just listen to their voices.

I submit this recipe at your request as one I used when chosen Mrs. Louisiana ’63. This was my winning entry in the Mrs. America contest of 1963 and it appears in a cookbook compiled from recipes submitted.”

I can hear a whisper of prideful joy in her explanation and the glee she felt in sharing this morsel of her family history.   Many of these cooks are no longer with us, but their love of Cajun cooking, and the culture that inspired them lives on in these pages.

And I love the sage advice from Mrs. Ronald Andrus on roux-making:

A heavy pot is a must to make a pretty roux. The heavier the pot, the easier your job will be.”

And there are light-hearted words of wisdom to share with readers. Mrs. F. M. McGinn instructs regarding her Cajun recipe for Baked Wild Goose recipe:

This must be seasoned well or you’ve ruined your husband’s hunting trip!”

And as a headnote to her Goose Casserole recipe circa 1963, Mrs. A. J. Shephard proudly adds priceless insight into a time and place that helped shape our contemporary culinary tastes:

This recipe will serve 20 people and costs $7.50 per portion at the Four Seasons Restaurant in New York.”

These are classic Cajun recipes gently handed down through generations with methods authentic to cooks of the time. Some ingredients like oleo and MSG were common in the period, but are now considered passé and would likely be substituted or omitted altogether. But, that’s the beauty of this time capsule. Even the repeated reference to “crayfish” is a reflection of the sensitivity for the properness of cooks of the time to elevate what everyone now proudly calls “crawfish.”

French Acadian versions of mainstream 1950s and 60s dishes with titles like Newberg, a la King and Stroganoff are found on the pages as local crawfish or shrimp variations of the classics to better suit the South Louisiana palate. There are proper French traditional preparations for Beef Daube Creole, Marchand De Vin Sauce and Bernaise that harken back to the roots of haute cuisine. And equally, hearty Cajun recipes that reflect the rural tastes of the region pepper the pages with recipes like Mrs. Robert Billeaud’s Wild Goose Gumbo with Oysters, Mrs. E. A. Veillon’s Catfish Etouffee, Mrs. Richard Sevier’s Wild Duck with Turnips, Mrs. William Coulter’s Roast Haunch of Venison and Mrs. Larry Louviere’s Frog Legs Sauce Piquante. These are iconic Cajun recipes that while they may sound exotic to those outside of Louisiana, are everyday fare for a good bayou cook.

For my Acadiana Table, I chose a time-honored Cajun recipe that speaks volumes to me–Les Oreilles De Cochon or translated, Pig’s Ear Pastry–a traditional French Acadian pastry. I love this dish and order it every time I sit at the table for brunch at Café Des Amis in Breaux Bridge. There are actually two recipes for this dish in Talk About Good!–one submitted by Mrs. Lois Guilbeaux and the other by Mrs. John Cameron Nickerson. I am taking the best from both, adding to them and creating my own version–Pig’s Ear Pastry with Bourbon Sweet Potato Syrup 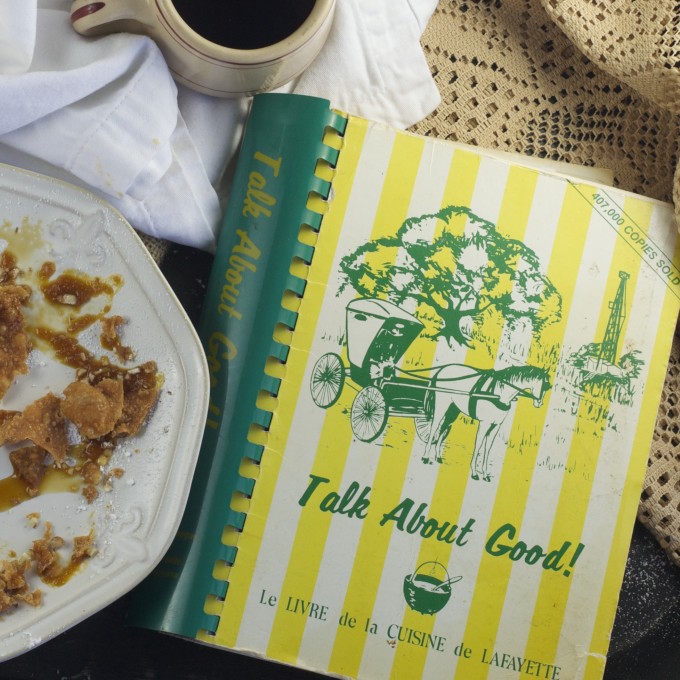 To read all about this Pig’s Ear Pastry recipe, I suggest you purchase two of these Cajun recipe books. Buy one for yourself and one to share with a friend or family member as a way to continue the valued legacy of our Cajun cooking heritage.